In my home, I am so blessed to have a designated space for yoga. This is my quiet, sacred space, and I am ever so grateful for it. One of my favorite features to this room is the chalk wall. A few months ago, my husband painted the only remaining blank wall in my room with chalk paint so I had a real working space for flow sequencing, notes, and – my favorite – to draw out my meditations creatively.

Being that I participate in the Instagram yoga whatever, I usually share these in hopes that they would inspire others as well. I don’t normally come to my feed to explain the inspiration for my meditation chalk drawings, I usually just post them to my stories, but I was eager to share this one. 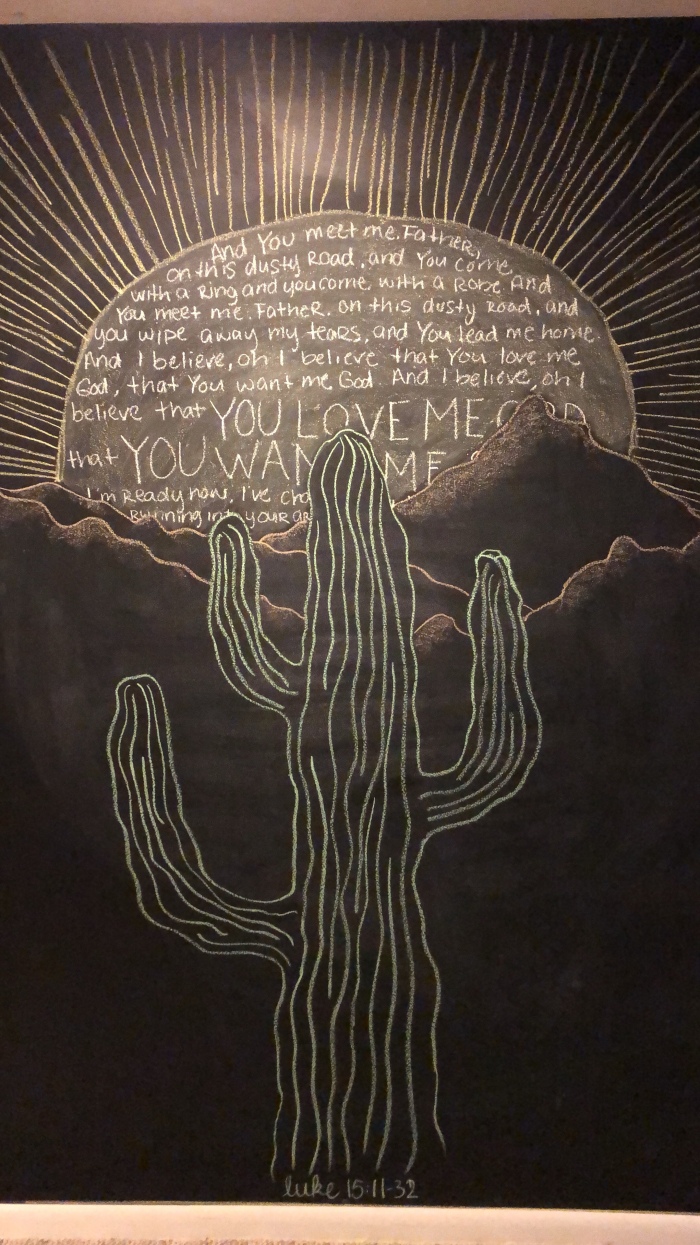 While I was at my Holy Yoga training, the one thing I continued to observe about what God was speaking to me, and the way that He was approaching me, was the way of a Father. I’ve always referred to God in prayer as “Father God” but I don’t know that I’ve really experienced the feeling of knowing Him as Father or really experienced the feeling of sonship in His kingdom before.

But on day one, before any real immersion happened, I laid in savasana during meditation and I could feel the presence of God wrap around me, not just in an embrace, but in a way that reminds me of how I hold my own children sometimes: with my arms down by my sides, He was embracing me in a way that I couldn’t embrace Him back.

This speaks volumes to me about His desire to just love on us unconditionally. It doesn’t require our participation at all – which He confirmed so graciously with so many stories and scriptures throughout the week, but specifically the one read aloud to us just moments after I found the words in my mind for what I was experiencing (emphasis mine):

I hear the Lord saying, “I will stay close to you,

instructing and guiding you along the pathway for your life.

I will advise you along the way

and lead you forth with my eyes as your guide.

So don’t make it difficult; don’t be stubborn

when I take you where you’ve not been before.

Don’t make me tug you and pull you along.

Just come with me!”

So my conclusion is this:

Many are the sorrows and frustrations

of those who don’t come clean with God.

But when you trust in the Lord for forgiveness,

To top it all off, one of our final guided meditations was based on the parable of the prodigal son, with whom I obviously identify quite a bit. (You can read about him in Luke 15:11-32). 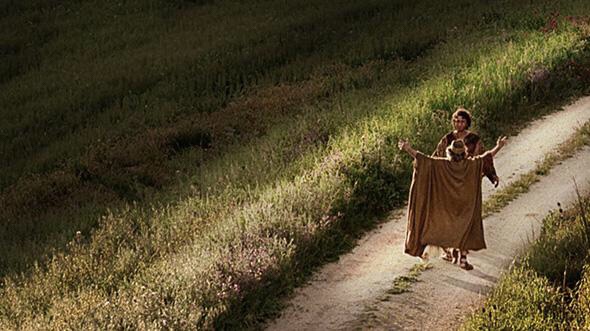 What was so moving to me was that rather than the son, the father’s actions seemed to jump off the page at me. It’s not that he doesn’t care about what the son has to say about how or why he came home, but he doesn’t even bat an eye at it because of his elation at the returning of his beloved son. And before any words are spoken, he orders a party be thrown, and that the finest robe and a ring of sonship be brought for his son.

Before anything else, his priority is to restore his son to his place in the family first. And that was God. That was God not ignoring my shit, but saying first and foremost, ‘Let Me hold you. Let Me celebrate you.’

The story doesn’t go on to tell us what happened after the party, but I imagine there was work to be done in the way of hard conversations and adjustments and healing. But first, it was about restoring his son, and letting him know just how loved he is, and how happy his father is that he’s alive, laying a foundation of ‘my joy is in you’ before anything else.’ And that’s God. That’s my God, my Father. Laying a foundation for me that His joy is in my returning to Life, to His love. And it’s such a gracious, loving thing He’s done and is doing. It’s helped me to release my shame and my disappointment… but more on that later.

Thank you, Lord, for being such a good, good Father.