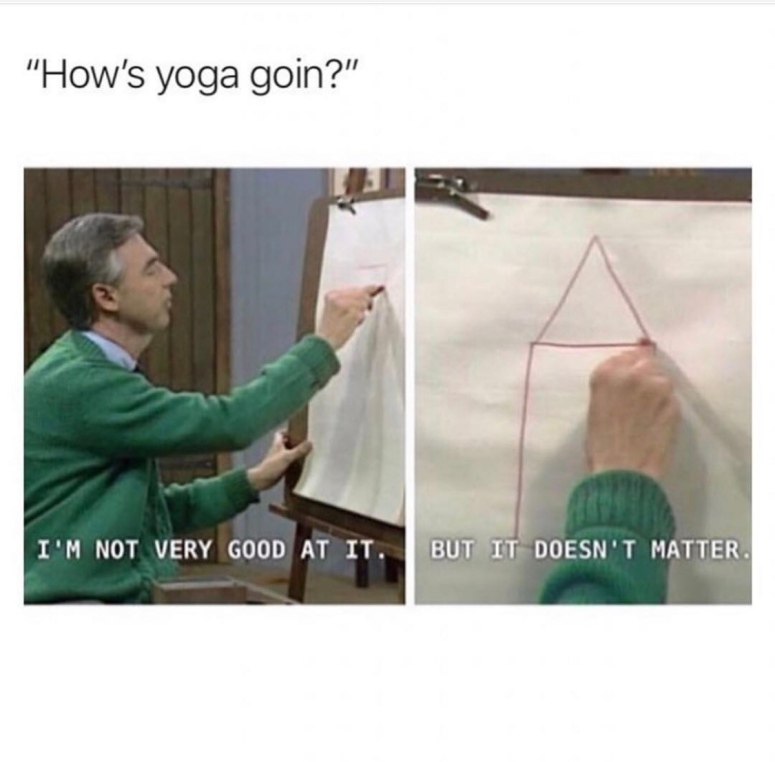 I hate to break it to you guys, but… 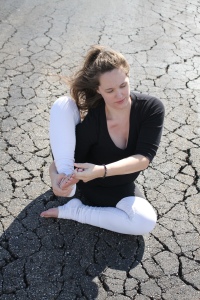 One of the things that breaks my teacher heart is when people tell me that they are “just not good at yoga.” I want to shake them (lovingly, of course) and scream, “THERE IS NO SUCH THING!”

There is no destination in yoga. There’s no end game, winning, or final score. It’s a constant journey, an ebb and flow of physical, emotional, and spiritual discipline.

This yogi might have a handstand in his practice, and that’s awesome. That’s yoga.

This yogini might have a full wheel in her practice, and that’s cool, too. That’s yoga.

And I might show up to practice, fall on my face in child’s pose for the entire class, and you know what? That’s yoga and I’m killing it. 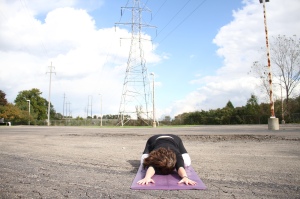 Yoga isn’t about these poses or these physical achievements. It can be, but that’s really taking the diet version of yoga. The abridged version. The shallow version. There is so much more to be found in the process of working toward those poses and in a mindful, daily practice of movement and meditation. 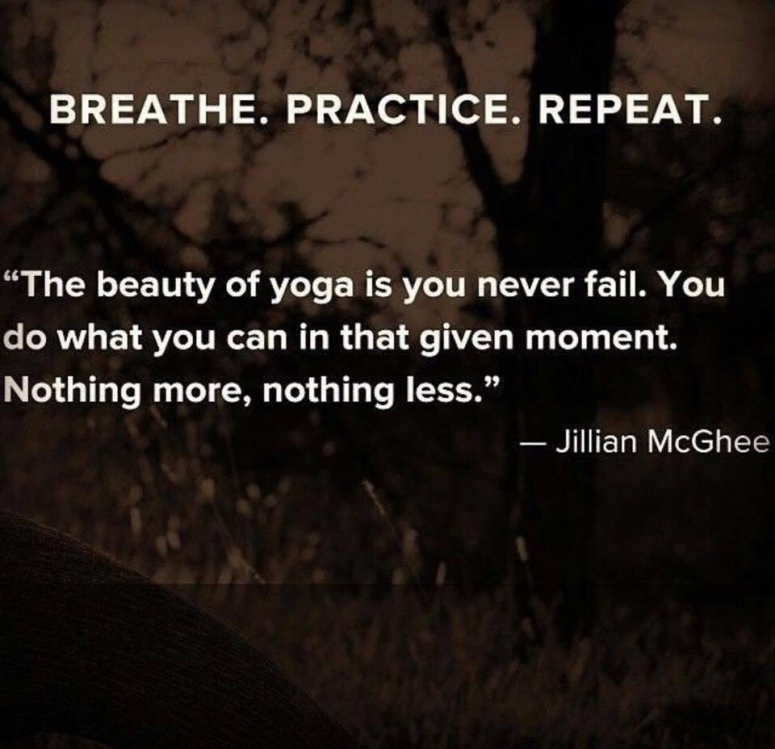 So, please. Don’t get caught up in the lie and misconception that any of us is “good” at yoga. There’s no such thing.

There are only practitioners of yoga, and those yet to try. Which one will you be? 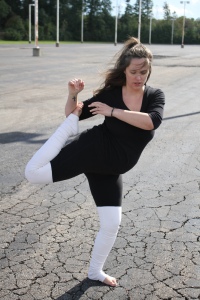